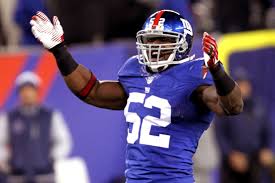 The NFL is all about working together to keep you team united.  The New York Giants desperately need to find a way to solidify their run defense and Jon Beason is a good start.  The former standout linebacker from the University of Miami, said today that he is willing to restructure his contract to stay with the New York Giants.

“You’re going to do what is best for you and you try to work with the team and do what is best for the team,” he said after the season. “I know when it comes down to it, [assistant general manager] Kevin [Abrams] and I and [GM] Jerry [Reese] will make it happen.”

It sounds like Beason is trying to work with the Giants, and if the Giants want him back at a cheaper rate, they can focus on a different position of need. This is a smart move by Beason and for the Giants, expect it to happen.