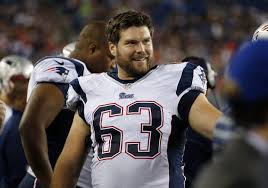 According to Ian Rapoport of NFL Media, the Patriots would like to re-sign free agent OL Dan Connolly, but he has several teams calling for him. Rapoport was asked about Connolly on Twitter and responded that several teams were interested in his services.

However, he reportedly has interest from the Seattle Seahawks (center), Tampa Buccaneers, (guard) Chicago Bears(center), and Miami Dolphins (guard).