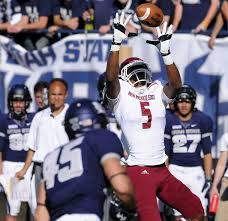 I chose the school because it was the first offer I received, not fully understanding the recruiting process.

I am from Tucson Arizona

I would have to say that Jesus is my role model. The ultimate sacrifice of dying for someone is incomparable to any other sacrifice I feel anyone could make.

I’ve talked to one about disclosed information to my family’s request.

Growing up I played baseball, soccer, track, and basketball.

In football other than WR I’ve played CB, RB, CB, FS, SS, LB, and all special teams including onside kicker and place holder.

What separates me from others in my position I would say is hand eye coordination, the ability to catch the ball wherever it is thrown. 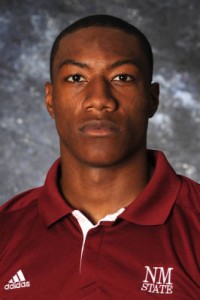 When breaking down film, I first look at the opponents demeanor on the field (is he lazy? Does he rely on athleticism or technique? Etc.). And then I move on to the broader defensive schemes such as coverage and how the team disguise coverages and blitzes.

The toughest player I’ve ever faced is myself. Not to sound arrogant, but from what I’ve learned playing football at a competitive level is that no matter who you face off with, what is going to determine much of your success is your technique. If a player is good, he is likely getting you away from your technique with whatever method he is good at. If you give into that and let your technique go out the window, your chances for success is low. When you can defeat yourself by staying focused and trusting the techniques you learned, I believe you have just defeated the toughest opponent.

I go over the game plan and make sure to mentally refine what we went over in practice that week for the game.

My biggest strength is my mental toughness.

My biggest weakness is the hunger to win, I say this because I’ve been on many losing teams which means that this hunger to win has often gone unfed.

I would say that my words are made substance on the field.