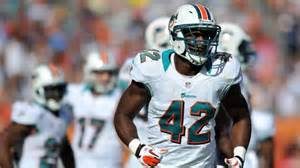 When the Miami Dolphins slapped Charles Clay with the transition tag, they were hoping that no other team would show interest, but what they failed to realize is the Buffalo Bills had a strong interest.  I am told that the Bills new offensive coordinator Greg Roman really loves Clay.  Clay is a tough pass catcher who has put up pretty big stats over the past two years for the Dolphins.

The Dolphins placed the Transition tag on him because they do not want to lose him, but the Bills will put consistent pressure on them.  Since Clay was tagged, the Bills staff cannot talk to Clay or his agent until today at 4 pm.  I would expect however for the Bills to call at 4:01 and get the ball moving.  We have been reporting for about a week or more that the Bills have very strong interest in Clay, and now Mike Garafolo or Fox Sports 1 is reporting that the Bills will pursue Clay regardless of the price tag.

Mike Garafolo doesn’t see the transition tag scaring away prospect teams like the Bills in their pursuit of Dolphins TE Charles Clay. Garafolo could see Clay making a visit to Buffalo at some point, but he adds that players who receive the transition tag usually have slowly developing market.

Mike Garafolo    @MikeGarafolo
Mentioned on @FOXSportsLive just now I’m not expecting the transition tag to scare the Bills in their pursuit of Dolphins TE Charles Clay.