Brian Hartline has not ruled out returning to Miami; Chiefs interested as well 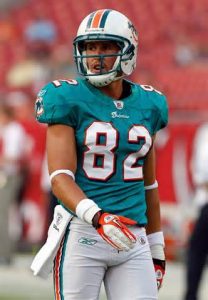 Drew Rosenhaus the super agent from Miami was on WQAM this morning in South Florida and when he was asked about his client Brian Hartline, he was very upfront.  He told the members of the Joe Rose Show, that Brian has not shut the door on the Dolphins.

His exact quote was:

Rosenhaus said the Dolphins, Cleveland Browns, Houston Texans and Kansas City Chiefs as teams with interest in Hartline. According to Rosenhaus, Miami’s stability at quarterback with Ryan Tannehill is a big selling point. Hartline had back-to-back 1,000-yard seasons with Tannehill as his quarterback in 2012 and 2013, according to James Walker of ESPN.