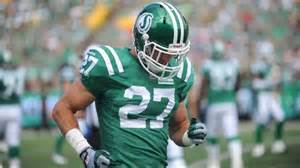 Today the Minnesota Vikings announced that the team has signed free agent LB Brian Peters.Peters played the last two seasons with the Saskatchewan Roughriders of the Canadian Football League.

In 2014, Peters led the Roughriders with 78 tackles and added 3.0 sacks, 1 forced fumble and 2 interceptions, including one for a touchdown. Peters played the 2012 season with the Iowa Barnstormers in the Arena Football League after a four-year career at Northwestern.

During his collegiate career, Peters started 34-of-52 games and ranks third in school history with 12 career interceptions.