Terrence Newman does not want to retire yet; Wants to return to Bengals 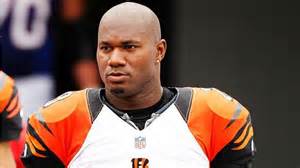 Head coach Marvin Lewis told reporters at the combine Thursday that the 36-year-old cornerback Terrence Newman had informed him he wanted to return for another season. Previously, Newman had said he would be mulling retirement since he’s entering free agency this off-season.

Since the Bengals appear set at corner with Darqueze Dennard and Dre Kirkpatrick coming off strong 2014 campaigns, it doesn’t appear there will be a place for Newman on the roster, but if the price is right DC Paul Guenther wouldn’t mind it.

Well according to ESPN, the Bengals defensive coordinator Paul Guenther said Friday that the coaches haven’t yet made any determination on whether they’ll have Newman back next. “We haven’t really discussed that,” Guenther said. “He’s a great role model for the younger players, and he played pretty damn good last year, until the end of the year when he kind of wore down a little bit. But he gives you everything he’s got. If he were on our team, that would be great.”