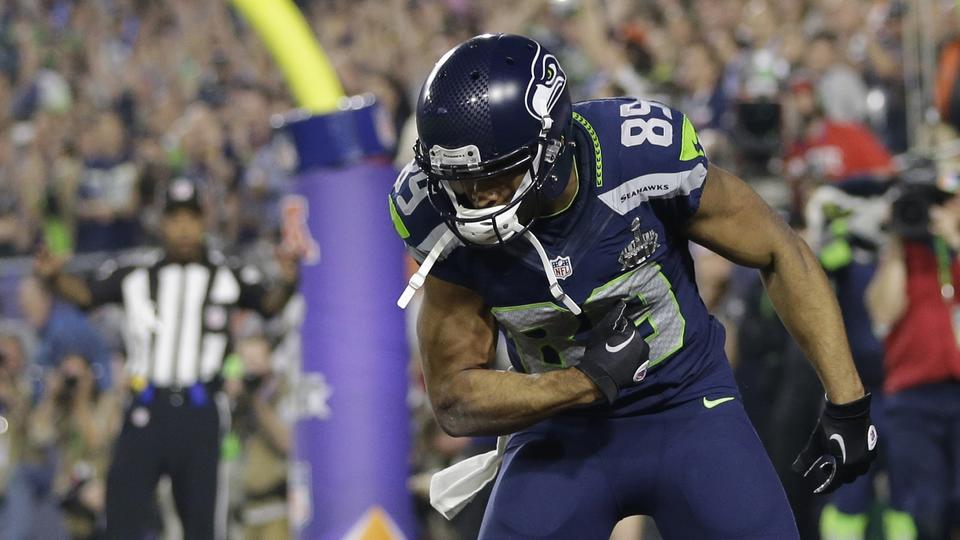 Baldwin told ESPN 710 Seattle yesterday that his Super (Toilet) Bowl XLIX touchdown celebration (dance?) was aimed at Patriots cornerback Darrelle Revis. Baldwin caught a 3-yard touchdown pass after Revis was picked in the end zone by an official to give the Seahawks a 24-14 lead in the third quarter, so he decided to party like he was in a Porta Potty. Baldwin squatted over the brown ball, pretended to pull down his game pants and, well I guess you can say he sorta pooped out the ball.

“In that moment it was just a reaction, and if I could go back, I would take it back,” Baldwin told Seattle’s KIRO-AM on Monday. “In that moment it was a spontaneous reaction to the course of the game. That’s not typically me, but in that situation that’s just what happened … Personally I didn’t mean anything by it negatively towards anybody. I do regret the fact that it cost my team 15 yards. And to the fans, ultimately I do apologize to anybody who I offended in any way.”

The receiver also admitted that the move was directed at Patriots cornerback Darrelle Revis — who shut Baldwin down aside from the three-yard touchdown catch in which the defensive back was picked by the referee.

“In that moment I guess you could say it was just kind of a built-up frustration I was letting out in that sequence, between him and I,” Baldwin said. “Because obviously there was competitive stuff going on in that game, and in that moment I just let out what I felt personally.”