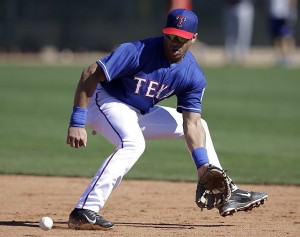 Rangers general manager Jon Daniels said no specifics have been finalized as to when Wilson will show up.

The Rangers acquired Wilson from the Rockies in December 2013 in the Major League Baseball Rule 5 draft.