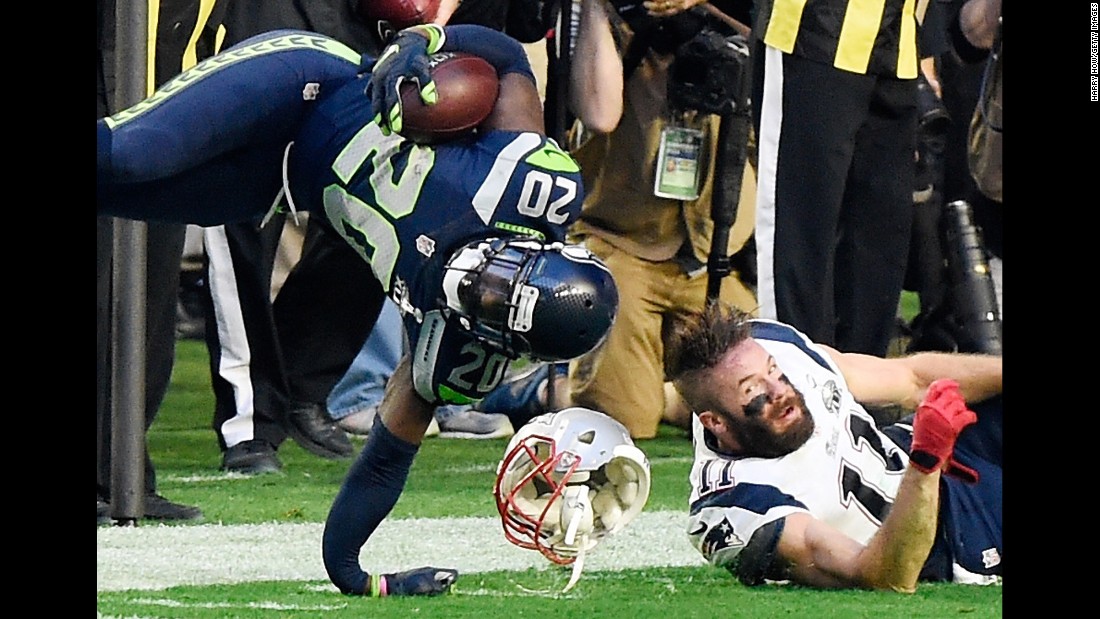 Everyone thought Jeremy Lane was going to surgery for his arm, after getting it broken in the Super Bowl but that was not the case.  Lane left the game with a compound wrist fracture at the end of his interception return in the first quarter, ending his participation in the Super Bowl. Seahawks general manager John Schneider revealed Thursday at the NFL Scouting Combine that Lane also suffered a knee injury on the play, one that will require surgery.

The knee injury becomes Lane’s chief concern, with a recovery time that could keep him off the field come September, Schneider said. The defensive back serves primarily as the team’s nickelback, but has been an important piece in Seattle’s defense. In three seasons in Seattle, Lane has recorded 53 tackles, six interceptions and a forced fumble as the less-heralded member of the Legion of Boom.

Every player in the Legion of Boom needed surgery minus Byron Maxwell who is a free agent, this is not looking good for the Seahawks secondary.