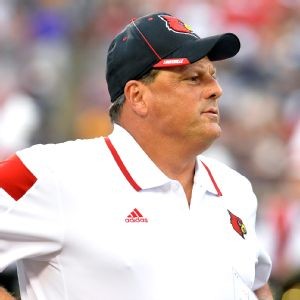 The Louisville Cardinals are reworking Grantham’s four-year deal to pay him as much as $1.4 million annually, Grantham’s agent, Michael Harrison, according to ESPN.com. Grantham’s new contract will make him one of the highest paid coordinators in college football.

The Raiders offered Grantham a two-year deal to be defensive coordinator but he opted to stay with Louisville.

Grantham made close to $1 million in his first year with Louisville, which ranked 24th in scoring defense and 10th in rushing defense in 2014. He was previously the defensive coordinator for the Cleveland Browns (2005-07) and the Georgia Bulldogs (2010-13).