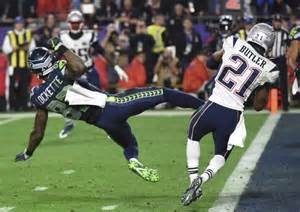 D2 Football, today you need to stand up.  You need to Re-Tweet this article, and post it everywhere.

Well the player that made the interception was also a Division 2 player.  Malcolm Butler was a standout for 2 years at West Alabama.  His interception was amazing, and while Ricardo’s coaches are trying to blame him for being more physical, they need to look at themselves in the mirror. 90 percent of the country would have ran the ball, but instead they trusted their D2 player over the other teams.  Think about it like that….