Packers linebacker A.J. Hawk was stranded at sea when informed he had been released 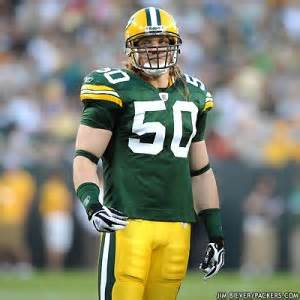 Just a few days ago, A.J. Hawk the former Ohio State University linebacker was released by the Packers, whom he spent his entire NFL career. Hawk was stranded at sea when he was informed of his release according to UPI.com.

Hawk was on a cruise ship with Ohio State football coach Urban Meyer and 2,500 passengers that was stuck in a holding pattern and couldn’t port because of intense fog. It was then, in the Gulf of Mexico, that A.J. Hawk got the call from Green Bay Packers brass.

“We’ve known for five days at least,” Hawk told USA Today. “The Packers were awesome — I said you could go ahead and (announce it) — we got stuck at sea a few days when I was there and they held off and didn’t really want me to have to answer questions with 2500 Ohio State fans on the boat … so they held off and let me get back to Ohio.

The trip was for the annual Buckeye Cruise for Cancer.

“I’m a big boy, I could have handled it. But they really didn’t want that situation to happen when we were out there raising $2 million for charity.”

Hawk was drafted by the Packers back in 2006, and had a pretty amazing career for the Cheese Heads. In his career, he had 1,118 tackles and 19 career sacks. We are glad that A.J. made it back, but that is probably why you haven’t heard any news about him visiting other teams, not their is not any interest.