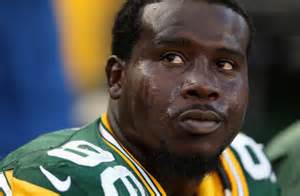 This week a Judge in Starke, Florida will determine if LeTroy Guion deserves his money and car back from Police, after being caught with over 35 grams of Marijuana, almost 200k in cash and a hand gun a few weeks ago.

Guion took the stand Monday. He maintains the money came from his paycheck from the Green Bay Packers. He said he earned ‘every cent’ of it and that it wasn’t drug money.

As officers continued their search, police said the Starke native grew “extremely uncooperative and hostile,” at one point even “rushing” the driver’s side of the truck, according to court documents. Guion, Jr. was handcuffed and detained after trying to remove a black bag from the truck, police said.

Guion, Jr.’s vehicle was towed and he was arrested. His vehicle, worth more than $60,000, was also seized as part of this case.

It will be interesting to see what the Judge does, I would keep it all.  That might be a learning lesson for the so called untouchable NFL superstar.

A judge has ruled that there is probable cause for police in Starke, Florida, to seize $190,028.21 in cash from Packers defensive tackle Letroy Guion, and to seize the new truck Guion was carrying the cash in.

According to First Coast News, the judge wrote in a decision that Guion was traveling in a known drug area and that Guion “carrying such a large amount of money itself is strong evidence that currency was intended to be furnished in return for drugs”.