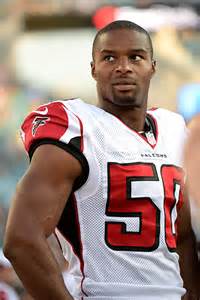 Osi Umenyiora has 85 career sacks, including 75 in nine seasons with the New York Giants. Ending his career where he started it no doubt has crossed Umenyiora’s thoughts as he approaches free agency — he wants to retire a Giant.

“It was nearly a third of my life that I was there in New York, and I did a lot of good things there,” Umenyiora said. “As a team, we won some Super Bowls. I was able to go to a couple of Pro Bowls and be like an All-Pro player over there. Unless I’m able to do that somewhere else — which I don’t know how likely that is — then it would only make sense, whenever it is that I retire.

That however is not expected to happen this year.  According to ESPN, Umenyiora wants to return for at least another season.

“Zero plans to retire at this moment,” Umenyiora told ESPN. “I feel like I can still play, No. 1. The way things ended last year, I’m just not going to end my career like that. That’s not going to happen. I feel like when put in the right situation and given the opportunity to play, I would still be able to help somebody. I want to end the way it’s supposed to end.”