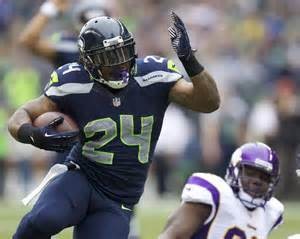 The league told NFL Media Insider Ian Rapoport on Wednesday that Lynch fulfilled his duties in the lead-up to Sunday’s 28-24 loss to the New England Patriots.

“Marshawn Lynch complied with his obligation to attend all required media sessions at the Super Bowl,” NFL spokesman Michael Signora told Rapoport. “In addition, there is no basis for a fine for the (‘Beast Mode’) hat he wore at the media sessions, which was made by and given to him by an NFL licensee, New Era, and was in team colors.”

After Lynch was docked $20,000 for an obscene gesture in the NFC title game, the league was prepared to fine the runner again if he pulled the same act in Super Bowl XLIX. The All-22 footage, though, shows that Lynch kept it clean.