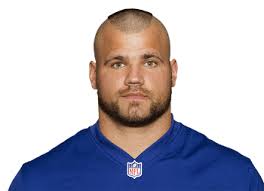 The New York Giants have released running back Peyton Hillis. Hillis was brought on midway through the 2013 campaign after David Wilson suffered his career-ending neck injury. The former Broncos, Browns and Chiefs back piled up 362 yards at 3.7 yards per clip over the past two seasons, operating primarily as a short-yardage thumper for the G-Men.

With Rashad Jennings and Andre Williams ahead of Hills on the depth chart, he was likely a candidate to be released anyway.  The team will likely look for another back in the draft or free agency.  I would expect them to have more than 3 running backs on their roster.  The Giants could try to sign a scat back who can run and catch out the backfield.