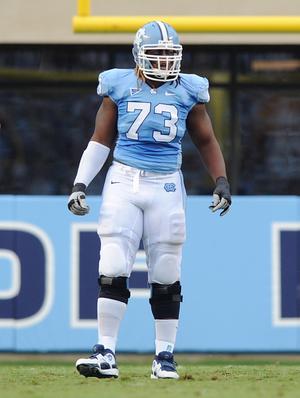 Two years ago the Houston Texans selected North Carolina offensive tackle Brennan Williams with the 89th overall pick in the third round of the 2013 NFL Draft, He did not pan out and now Williams will be joining the Jaguars.

Williams (6-6, 318) was a two-year starter at right tackle at North Carolina. He played in a pro-style offense and was considered a very solid player.  He competed for the Texans’ starting right tackle spot as a rookie, but could not get over his injuries.

The Jaguars announced Friday that they have signed Williams to join their group of offensive tackles. Williams needed to have microfracture surgery on his knee in 2013, wiping out his rookie season, and the Texans cut him last July while he was still less than 100 percent.