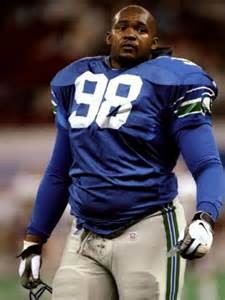 According to Lewis Kamb of the Seattle Times, former defensive tackle Sam Adams is accused of tax evasion and wage theft in the state of Washington. According to Pro Football Talk, Adams and his CFO, Dana Lynn Sargent, face charges of not paying taxes or employees at a pair of Seattle-area fitness clubs.