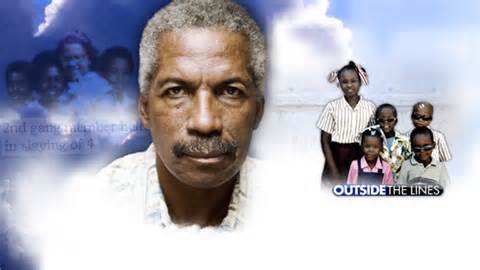 Kermit Alexander the former NFL star wants his families killer executed. The Rollin 60 Crips gang members murdered his mother, sister and two nephews in 1984 that he prowled the streets of Los Angeles.

According to NBC, His mother, Ebora Alexander, was still living in Watts. She was sitting at her kitchen table, drinking coffee in her nightgown and slippers, when two members of the Rollin’ 60 Crips stormed in and shot her in the head.
Her 23-year-old daughter, Dietra, was shot between the eyes while she sat up in bed and screamed. Two grandchildren, 8-year-old Damon Bonner and 10-year-old Damani Garner, were asleep when the assassin put bullets in their head.

The police eventually did find the gunman, who was convicted and sentenced to death. But three decades later, Tiequon Cox is still alive, along with 750 other California killers whose executions are bogged down in endless litigation and political opposition. No other state has more inmates on death row.

So Alexander, 74, decided that once again, he would take matters into his own hands — this time with a lawsuit demanding the state put in place an execution protocol and end Cox’s life with a lethal injection.

Earlier this month, he notched a victory when a Superior Court judge ruled he had standing to bring the action, paving the way for a hearing on the merits of the unusual suit in the coming weeks.