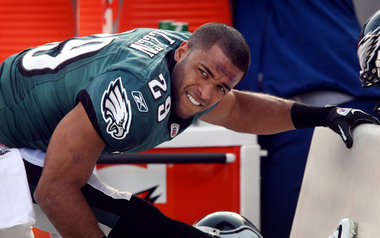 Last night there were rumors that Philadelphia Eagles safety Nate Allen was arrested by the Fort Myers Police Department. After calls with Lee County Sherrifs and Lee County Jail, Allen was not charged with any crime.  This morning CSN Philly reports that the safety was accused of indecent exposure.

According to CSNPhilly.com, Allen was detained by a Fort Myers police officer after dinner. A 16-year-old girl reportedly accused Allen of indecent exposure, which led him to be brought in for questioning by police.

However, police released Allen amid a changing story from the accuser and did not levy charges.

Allen told CSNPhilly.com he vowed to clear him name following the incident and that “someone definitely lied.”