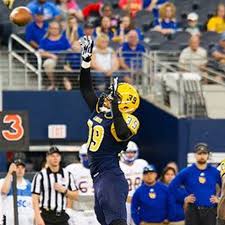 4 Schools was recruiting me out of high school.

I choose a JUCO name College of San Mateo in Northern California. I chose this because I didn’t have grades out of High School & it was close where I live at.

My role model is God & his son Jesus. Christ. God gave his only son so his son Jesus Christ can sacrifice for sins of humanity.

I played basketball & rugby during my high school year.

What separates me from others from my position is that I’m an athletic Defensive End & Outside Linebacker. I got one of the best hands & I find the ball every time. I can play any position on the defensive line. I’m football smart and can read what the offense will run. I study hard in the film room and prepare myself good against opponents.

When I break down film, I look at the tendencies of the offensive lineman & the quarterback. Also, I look at the down & distance and see what’s their favorite plays they run. Lastly, I look at where the position of the ball if it’s in the middle of the field to on the left or right hash marks.

LSU Offensive Lineman Fehoko Fanaika, which I played with in College of San Mateo.

I would say Melvin Ingram because he’s all over the field every play. Also, he has the nose for the ball. He’s a playmaker! 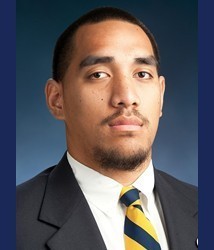 My biggest obstacle in my life that I had overcome is when I was moved to defensive lineman because of injury from my teammates during my JUCO freshmen year. I had to learn a new position and get use with double teams. I became successful of developing in becoming a 3-4 defensive linemen especially as a pass rusher.

My pre-game rituals are listening to music on my phone and saying a prayer with my teammates.

My biggest strength is that I’m an athletic defensive lineman & outside linebacker. I got hands for a lineman.  I’m always around the ball. I study hard in the film and I’m football smart.

My biggest weakness is that I be doing too much in becoming perfect on my pass rush but I believe I can become more better. I’ll go on the field & practice so I can be more smoother on my pass rush.

I would say Sir I can play anything that you want me to if it means playing special teams. I would be the hardest worker on & off the field. I will be in the film room & study the playbook everyday.

My favorite player is Marshall Faulk and St. Louis Rams is my favorite NFL team.