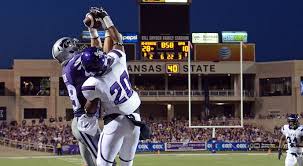 I was a non qualifier so I had to go JUCO. I chose Blinn because they were known winners

My role model is my Dad. Because outside of football he had taught me everything I need to know about being an upright man of God.

Yes some came to our school during the season. They are saying right now they have me going as an free agent but a good pro day will help me tremendously in my draft stock.

I played basketball up until my sophomore year in High School. I also ran track all the way through my Senior year.

I would say my ability to play affective press man coverage consistently.

I look for a variety of different things such as how the receiver gets off press man, the depth of their routes, their splits in different situations, the consistency of their routes, and the offensive lineman’s stance to see if they are light when it’s pass and heavy when it’s run, etc.

Quinton Patton when he was at Louisiana Tech.

It was probably being marked as a non qualifier late and having to go JUCO. I overcame it by keeping faith and trusting in God to make a way for me.

Before every game this season I listened to “Victory” by Tye Tribbett. It had me ready to go.

I will be the hardest worker on your team, giving it everything I have every second.

My favorite player was Deion Sanders. And my favorite team was the Titans

Deion Sanders, Tony Dungy, and David from the bible.