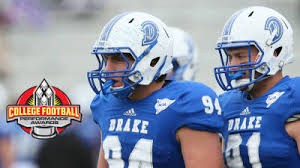 My name is Matt Acree

I heard from at least a dozen teams from all levels of competition. I visited a range of schools from Coffeyville Community College to Northwestern of the Big 10.

My top priority was finding a school that would provide me with the best opportunity to earn as much play time as possible at the Division I level.

I was born and raised in Shawnee, Kansas.

My Dad is my role model. An essay would not suffice to cover the reasons why I look up to him. What I try best to emulate is his work ethic. His ability to smash a goal and reset the threshold is frightening. He is absolutely the consummate man.

I have spoken with several scouts. Each of the conversations were similar in that concerns were expressed over my success at a mid-major school, essentially my odds of making it into the professional ranks are slim

I played baseball exclusively up until the sixth grade when my mom finally allowed me to play football. All of my other friends started playing in fourth and fifth grade. From middle school on I played football in the fall and baseball in the spring. My junior year of high school I picked up track and field when baseball became redundant.

I can play every position on the defensive line. I definitely prefer to play 3 technique, although moving outside to 5 tech is a fun change up. I played nose guard out of necessity when asked too.

I have a high capacity motor; it was not unusual for me to take 70 reps in a game. I have strong hand fighting skills coupled with quick lateral movement. I am able to slant gaps easily while engaging and disengaging offensive linemen fluidly.

When assessing my own performance I am critical of my technique, I look closely at my first step followed by hand placement and strike. Aside from technique I look to see how disruptive I am to the offensive play. While producing stats is fun, ruining an offensive attempt with physicality is euphoric. When I study my opponents I am trying to gain an understanding of how athletic he is. In the run game I study how aggressive he is, does he fire out hard and low? Where do his hands tend to fall? Is he a good holder? In the pass game I look at his hips and hands. If he has good hips then he will be better suited to counter my pass rush moves. His hands tell me what I can do. I look to see if he shoots them hi/low and early/late.

We played UNI in 2013. Their right guard at the time, I think his name was Davis, was a massive human being. I had a ball fighting him; it was a very personally satisfying game.

I am a huge Justin Smith fan, I love watching him play the game. Naturally I tried to model my play style after him. He stands out to me as particularly relentless and brutally strong. I believe I share those qualities.

I was diagnosed with mono in the second week of camp this past season. I missed two and half weeks of camp and the opening game. Recovering from mono and getting back into game shape was painful. It took three a day weights/conditioning to get healthy. While I was cleared to play in the second game, it wasn’t until week five of the season I regained 100% capacity.

I would always find a comfortable spot in our field house and lay down to relax, not terribly uncommon. What I always do to build my emotions is listen to The Planets by Gutav Holst.

I am highly disciplined, when the goal is set I will commit fully to the best plan of attack.

I am a perfectionist, I tend to over analyze when things go wrong and briefly lose sight of the next play mentality.

I have never failed to meet coaches’ expectations as a leader and athlete.

Justin Smith of the 49ers is absolutely my favorite player. I have always and will always root for my hometown Kansas City Chiefs.