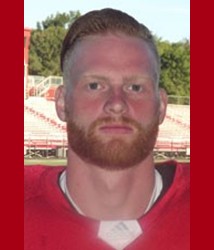 Montclair State had a winning tradition, both as a program and as the head coach’s history.  Coach Rick Giancola is the winningest active coach in D3. I wanted to continue that tradition and be a part of it.

My role model is my father.  My whole life he has worked 2 jobs to be able to support me in anything I do. Whether it is with family or at work, he always gives his all towards what he is doing at that moment. That is why my father is my role model–because he is exactly what I want to be in life.

I have not personally meet with any scouts yet.

I have played Defensive End, Outside Linebacker, Tight End, and Wide Receiver. 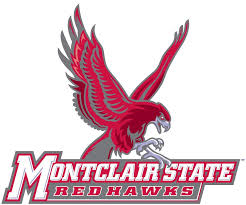 When I break down film I always break down my opponents’ footwork, along with their balance. I tally how many times they make the same mistake, even if it is something as small as them standing taller in the stance on run plays vs pass plays. The smallest weakness of your opponent has to become your greatest strength towards them.

The toughest player I have ever faced is a Quarterback from Morrisville State named Lemar Johnson.  The combination of his speed, along with the scheme that he played in, made him very difficult to defend against.

I would have to say J.J Watt. There may be a size difference between us, but I think our style of play is very similar. The ability to play both the run and rush the passer is something I pride myself on. We both also use our power moves on a pass rush to set up a speed rush to catch the opponent off guard.

The most difficult thing I’ve ever have to overcome is losing my best friend my junior year of high school. We had played football together our whole lives. During a summer camp practice while doing tackling drills he was just hit the wrong way went down and never got back up. He was pronounced dead later that day at the hospital. Overcoming this was not easy. I almost hung up my cleats for good after seeing someone I cared about lose his life to this game. Through a lot of support from family, friends and a very tough mental battle with myself I was able to overcome one of the most dramatic experience’s of my life and come out the other side stronger then before.  It’s been a big motivation for me in my football career.

The only pre-game ritual I have is that I must get my wrists and ankles taped in a specific order.

My biggest strength is that I have a very high motor. I never stop coming at my opponent and can do so for the duration of an entire game.

I’m addicted to working out and my coaches have had to physically make me leave the gym because I didn’t want to leave.

I would say I am incredibly determined and hardworking, that coming from a small school is not a bad thing but a blessing because it makes me work that much harder than everyone else, and that the small school label makes me more determined to prove the team that gives me a chance right.

My favorite player growing up was Curtis Martin and my favorite team was and still is the Jets.

If I could choose 3 people I would pick Arnold Schwarzenegger, Bill Belichick and John F. Kennedy