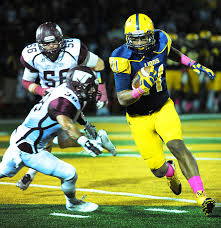 FAU FIU and a couple small schools out of high school.

I ended up going the JC route because grades weren’t good enough in high school so I ended up in California at College Of The Desert.

I would say my Mother because she raised me all by herself to be a man and she did an amazing job of it and she showed me the values of life and working hard. 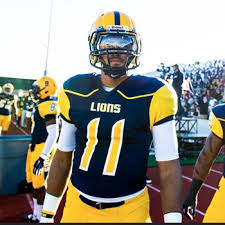 Yes i played Basketball and Volleyball in High School.

I feel that I am more athletic with my background in Basketball and Volleyball allowing me great separation. I use my frame to my advantage to create mismatches in coverage with smaller corners and safeties and also use my speed and Linebackers. *

When I watch film I look at how players align during certain coverages and blitz and also to see players strengthens and weakness of opposing players. Also when watching film you have to see what coverages they on certain downs in certain situations. *

Charles Clay because he does a little of everything he lines up everywhere on the field and is a matchup nightmare.

My Senior year in college my son was born mid way during the football season and it changed my life.

But having to balance school, football, and my family was hard having long days and very early morning mad it tough but ended up working out for the better because of help of coaches and my girlfriend.

I like to get out to the field early to get loose stretch and invasion myself making plays on the field.

I feel that my speed and quickness against Linebackers and my size against safeties and corners making me a match-up nightmare.

I would say wanting everything to be perfect that it makes me over think what I’m doing instead of just playing and doing it.

I would say sir you’re getting a player that you will have no on or off the field issues with me, I will come to work everyday working hard trying to better myself learning the playbook and watching film.