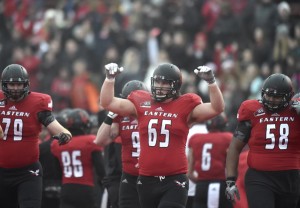 Yes, many seem to think that my skills probably translate best to guard at the next level and that among the other things I do well my versatility to play multiple spots makes me an asset

Not entirely sure on that. no one comes to mind

Well my dad just recently passed away a little over a month ago right before I was set to start training for pro day. I’ve been lucky to have a great family and group of friends and people who care about me. It’s also what I know he would have wanted me to do and he would be very proud of me and that helps a lot

Lots of small rituals nothing note worthy though