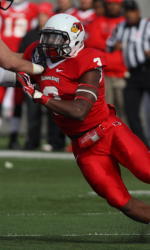 Where did you play college football?

I chose my school by the proximity to my hometown, how good of an education system the school had, how well the coaches treated me and how they made it feel like a family from day one.

I’m from Harvey, Illinois and grew up in Robbins, IL.

This may sound cliche but my role model is my mother. She’s my role model because of her work ethic and humble spirit. I’ve never met anybody work as hard as her and she would give her all for her kids so she’s definitely who I look up to and someone I have the utmost respect and love for.

I met with a few not many. When talking to me they just said they like my leadership skills, my size, and how fast I play. They didn’t really go into detail with me. There main points of emphasis to me was to just stay focused on the season and do my job and let everything else take care of itself.

Growing up besides playing football I played basketball, baseball, and ran track.

Besides safety I played running back, quarterback and receiver in high school.

What separates me at my position is my physicality. I love to hit and pride myself on being a sure tackler. I also have range and can run and cover. I love to lead and get my teammates excited about playing the greatest sport ever which gets me even more excited on the field to play.

When breaking down film I look for any weakness in my opponent. What are there tendencies especially the quarterback’s? Who is the QB go to receiver? What do they like to do on certain down and distances? Can I determine if it’s going to be run or pass pre-snap by how a receiver is lined up or by how an O-Lineman stance is? I just look for anything that will give me and my team the competitive edge when breaking down film and that could help us win the game. 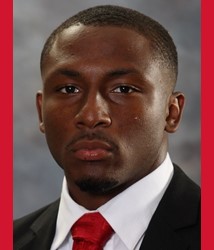 I’ve played against a lot of good competition so it would be hard to choose the toughest player I ever faced. Furthermore there was never one player that I had to stop or face alone, it was always a collective team effort to stop every player we ever faced on my team.

If I could compare myself to one player in the league it would be Kam Chancellor. I say this because of how big both of us are at safety and the way we both like to impose our physical will on opponents. Kam brings it every game and you can see the passion he plays with and hunger he plays with every snap. The way he plays is the way I play and I see a lot of me in his game and he is definitely somebody I model my game after.

The biggest obstacle I had to overcome in my life was growing up in the neighborhood I grew up in with a single mother and not getting involved with things that could have brought me down in that neighborhood. I did this by always keeping focused on my goals and my dreams of someday being able to play the sport I love most at the highest level and wanting to make not only my family proud but myself as well. These things helped keep me on a straighten narrow.

Before the game I just like to play my music in my headphones and get in my zone. I tune everything out and just start focusing on the game. I start to think about making big plays before the game even start and I always pray and give honor and glory to God before the game, during the game and after the game win or lose just for the opportunity to be doing what I love most and that’s play football.

My biggest strength is my leadership.

Growing up my favorite player was Sean Taylor and Ray Lewis and my favorite team was the Chicago Bears.

If I could have dinner with 3 people dead or alive I would choose Ray Lewis, 2Pac, and Martin Luther King Jr.