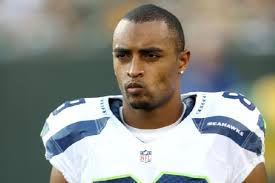 After the Seahawks came up short, their Offensive Coordinator Darrell Bevell said that he was disappointed that Ricardo Lockette, the NFL veteran should have been more physical on the route.  Well one of his receivers not named Ricardo was pissed that he threw one of his guys under the bus, after he made the play call to throw it anyway.

“Yeah, I would be lying if I said it didn’t bother us,” Doug Baldwin said Tuesday, via The Seattle Times. “He’s a coach and so you take that criticism or whatnot and you look in the mirror and figure out what you could have done with it. It’s harsh. But in the reality of it, it’s in the heat of the moment right after the game, people may say things or do things they may have changed or would like to be interpreted differently. However, at the end of the day, like I said, we’re going to stick together and move forward so none of that matters now.”