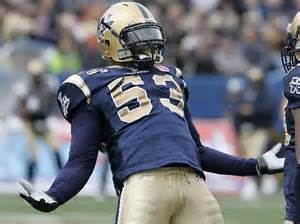 Phillip Hunt was one of the top pass rushers in the CFL before he got his first break in the NFL. Now, the Detroit Lions are hoping he can regain that form for them according to Adam Caplan..

The Lions signed Hunt after a workout today and will give him a chance to earn a roster spot this spring. ESPN first reported the move.

Hunt, who tallied a CFL-leading 16 sacks for the Winnipeg Blue Bombers in 2010, last played in the NFL in 2012 for the Philadelphia Eagles. He missed all of 2013 with a torn ACL, and was cut by the Indianapolis Colts after training camp last year. In 22 career games, Hunt, an undersized pass rusher who’s some part of his career playing outside linebacker, has three NFL sacks.

He originally signed with the Cleveland Browns as an undrafted free agent out of Houston in 2009.