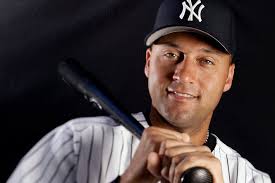 New York Yankee great Derek Jeter always wanted to own a baseball team and run the franchise, but the slugger also was showing interest in the Buffalo Bills.

According to a report by the Buffalo News former New York Yankee Derek Jeter was looking into the possibility of purchasing the Bills during his farewell season last year.

That report says it’s unclear whether Jeter wanted to lead a group, or just be a minority partner.

It’s unlikely he had the money to be a majority owner, with the team eventually selling to the Pegulas for $1.4 billion dollars.