Could Giants slap Jason Pierre Paul with the Franchise Tag? 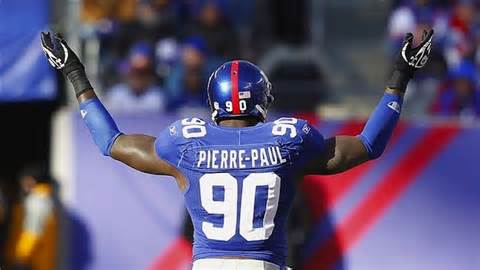 Jason Pierre Paul the former USF Bull came on strong in 2014 racking up 12.5 sacks.  That was good enough that co-owner John Mara said he would be very surprised if Pierre Paul is not back with the Giants next yea.

“The second half of the season, he came on really strong and played like we thought he should play,” general manager Jerry Reese said after the season. “The guy has some ability to be a game changer. We didn’t see enough of that in the first half of the season.”

The franchise tag would cost the Giants roughly $15 million for the 2015 season. More importantly, it would buy the organization another year to build confidence in Pierre-Paul’s ability to avoid injuries and continue to wreck offensive lines.

Will the team be willing to throw 15 million at Jason Pierre Paul?  I know he would be a very hot commodity if he hits free agency.