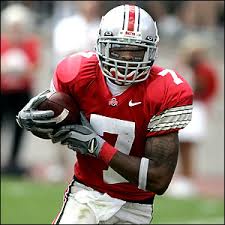 The Arizona Cardinals released Ted Ginn Jr. on Monday, but he has one huge supporter.  That supporter is Donte Whitner, who played with Ginn back at Ohio State University.

Up ready to get this work w/ @TedGinnJr_19…… Hopefully we can bring him home #DawgPound!

Ginn is a Cleveland native, and the son of Cleveland legend Ted Ginn Sr., the coach at Glenville High School. Those are not the primary reasons to sign Ginn.  The main reason is he can return punts and kickoffs. That slot was a black hole for the Browns a year ago.

Just last season, Ginn returned a punt for a touchdown — a 71-yarder. The Browns long as a team was 71 yards. Ginn had 277 punt return yards for the Cardinals; the Browns as a team had 181.