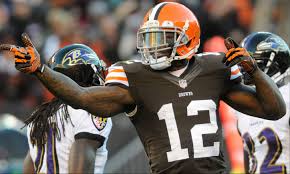 Josh Gordon is trying to become a free agent sooner rather than later.  Last year the Browns suspended Gordon the last game of the season, and now he and the NFLPA are filing a grievance trying to appeal that suspension.

The NFL Players Association has filed a grievance on Gordon’s behalf over the Browns suspending him for the 2015 season finale. Adam Schefter of ESPN reported today that the grievance has now officially been filed.

If Gordon wins the grievance and then avoids any further problems after he’s reinstated following his current suspension, he becomes a free agent after the 2016 season. If Gordon’s suspension is upheld, he won’t become a free agent until after the 2017 season.