Browns want to keep Buster Skrine, but they might have competitors 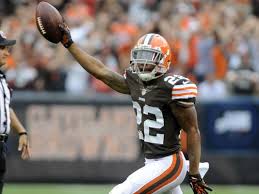 According to Mary Kay Cabot, the Cleveland Browns are trying to re-sign cornerback Buster Skrine, but they’ll have plenty of competition when he hits the free agent market March 10.

Skrine had the year of his life, and now the Browns former fifth-round pick in 2011, is expected to command anywhere from about $5.5 million to $7 million a year in free agency.

Cabot says although the Browns have been in talks with Skrine’s agent, Jared Fox, he’ll most likely wait until March 10 and let the market set his price. The Browns can then decide whether or not they want to match or exceed any offer Skrine receives.