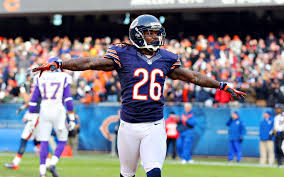 Chicago Bears cornerback Tim Jennings had arthroscopic surgery on one of his knees Friday, according to the Chicago Tribune. The procedure was considered relatively minor, and he’s expected to be OK for the Bears’ off-season program, which can begin April 6 with strength training and conditioning.

The nine-year veteran made the Pro Bowl in 2012 and 2013. After the 2013 season, he signed a four-year contract extension that included $11.8 million guaranteed.

NFL Draft Diamonds was created to assist the underdogs playing the sport. We call them diamonds in the rough. My name is Damond Talbot, I have worked extremely hard to help hundreds of small school players over the past several years, and will continue my mission. We have several contributors on this site, and if they contribute their name and contact will be in the piece above. You can email me at nfldraftdiamond[email protected]