Another Raiders player expresses his interest in Ndamukong Suh 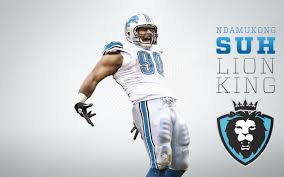 While at an event for his wine company in Ann Arbor, Michigan, Charles Woodson told Michael Rothstein of ESPN.com that he wants to be a part of the first Raiders team to advance to the postseason since Woodson helped the team to Super Bowl XXXVII and that they “hopefully make some noise when we get in there.”

Woodson shares the same thoughts as his teammate Justin Tuck, and he wants to bring Ndamukong Suh to Oakland.

“I don’t think there’s a team in the NFL that wouldn’t want to see Ndamukong Suh on their team,” Woodson said. “I know I would be no different. That guy is one of the best, overall, period in the NFL. Would I like him on our team? Believe it.”

The Raiders do have 70 million dollars, so the move is not impossible, but I guess you can say the ball is in Detroit’s court.