Titans safety Bernard Pollard has requested to be released 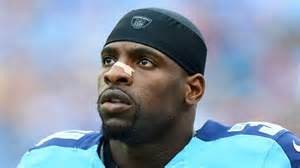 Tennessee Titans safety Bernard Pollard has requested his release from his contract, according to the Tennessean.

Pollard, a nine-year NFL veteran, has one year remaining on the two-year deal he signed with the Titans. He’s scheduled to make $3.1 million in 2015.

Pollard made the request to Titans general manager Ruston Webster at the end of the 2014 season, the source said. Pollard, who finished the season on injured reserve, hasn’t been informed of the team’