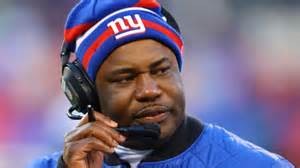 The Redskins could be adding a very solid former interim head coach. Perry Fewell is a candidate for the same job in San Francisco. Fewell has been coordinating NFL defenses since 2006, and served as at least a DBs coach since 1998.

Jason La Canfora    @JasonLaCanfora
Perry Fewell interviews with Skins today for DB coach opening. 49ers want him for the same position with them

Jordan Raanan of NJ.com reports that Fewell is interviewing for the defensive backs job on the staff of new coordinator Joe Barry. Raheem Morris had been in that role, but he’s reportedly agreed to a job in Atlanta. Fewell was a defensive backs coach before making the move to coordinator with the Bills in 2006.