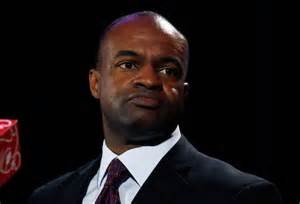 Tom Pelissero of USA Today is reporting that union boss DeMaurice Smith said they would release their own salary cap projection next month.

Last year, the salary cap rose from $123 million to $133 million, and the league’s management council told teams to expect next year’s to fall between $138.6 million to $141.8 million. But Smith said he thinks the final figure will be higher than that.

“The last few years, you have seen various stories reported by some of you in the room … where you have reported things about the salary cap from ownership that has turned out to not be true. We believe that that not only misrepresents the economic reality of how the salary cap works, but our concern is that those inaccurate projections may have a negative consequence on some players who are trying to negotiate new contracts.”

That will be interesting to see especially if it goes up another 10 million.  Guys could be raking in some major bank.