Was the NFL wrong for selling Marshawn Lynch photos with him grabbing his crotch? 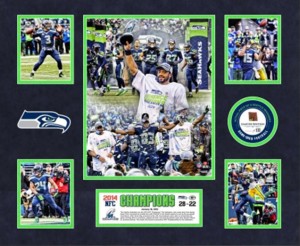 The NFL fined Marshawn Lynch $20,000 for grabbing his dick and now says they may penalize the team yardage if the Seahawks running back pulls an M.J. during the Super Bowl. Well the league quickly changed their status on the crotch grab when they saw they could benefit from it.  This picture to the right was for sale in the NFL Shop.

Yes, for just $149.95 you can own a collage of photos from this year’s NFC Championship game, including a frame of Lynch grabbing his crotch. Actually, you can’t own it—they’ve all sold out (it was a limited edition of 100). NFL hypocrisy isn’t even surprising anymore, and we’d love to hear them explain away this officially licensed product.

What do you think? Are the people over the NFL hypocrites?

The item is no longer for sale, but what a joke. The NFL should be ashamed.