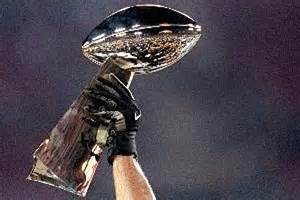 The Super Bowl is about to be underway. We are just a couple days away and the Seattle Seahawks will try to win back-to-back Super Bowls.  If they do they will be the eighth team in NFL history to accomplish the mission.

Seven different franchises have won consecutive Super Bowls, one of which has accomplished it twice:

The Patriots on the other hand are hoping to win their fourth championship.  So enough with the jibberish, let’s talk the game.

1st Quarter – Patriots start off sluggish, and the Seahawks are able to run the ball.  After a LaGarrette Blount fumble, the Seahawks score a touchdown on a Marshawn Lynch 10 yard run.  Seahawks go up 7-0.  Brady then goes right down the field and Danny Amendola will score on a 18 yard dump off pass, 7-7.  That ends the first quarter.

2nd Quarter – Seahawks fumble the kick off return on and the Patriots recover the ball.  Brady hits Shane Vereen out the backfield, who rumble for 29 yards before getting knocked out of bounds.  Patriots have to settle for a field goal, 10-7.  The Seahawks get a huge gain out of Luke Wilson which sets up another Marshawn Lynch touchdown.  Lynch catches a pump off from Russell Wilson and stretches for the endzone.  Beast Mode is able to get in the endzone, and the play stands after the review.  The Patriots lose the challenge and the Seahawks take the lead 14-10, this ends the half.

3rd Quarter – Patriots kick off to have the Seahawks drive down the field after Russell Wilson runs a huge play for 44 yards.  Wilson bobs and weaves through traffic to get his team in field goal range.  The Seahawks nail a 33 yard field and the team is up 17-10. Tom Brady begins yelling at his teammates on the sideline, and Rob Gronkowski has to pull him apart from one of his lineman.  The next drive the Patriots begin running wild.  Brady connects on a 28 yard touchdown pass to Rob Gronkowski to tie the game at 17-17.  The Patriots kick an onside kick and recover it.  The Patriots go up top and connect on a 43 yard touchdown pass to Timothy Wright.  The Patriots have the crowd and they are finally back on top 24-17, which is how the quarter ends.

4th quarter – Russell Wilson comes up and is pressured big time by the Patriots front.  Chris Jones hits Wilson and causes him to fumble. Although his knee is not down the referees claim it is not a fumble.  Wilson on the next play goes back to the air but on the drop back gets blasted by Akeem Ayers. Brandon Browner picks up the fumble and returns it for a touchdown to put the Patriots up 31-17.  The Seahawks try to go back to the air again, and Darrelle Revis picks off Wilson’s batted past.  The Patriots and Tom Brady continue to attack and go right at Richard Sherman.  Brandon Lafell scores a 56 yard touchdown after stiff arming Sherman into the ground.  The Patriots are now blowing out the Seahawks 38-17.  The Patriots on the ensuing kick off onsides again and recover.  Brady takes another shot down field to Gronkowski who is wide open.  The Patriots put up a 40 burger on the reigning Champions.  Brady runs off the field flapping his hands like a Seahawk and silences the critics about DeflateGate.  Bill Belichick says in the interview after the game, HOW DID WE CHEAT NOW?  GO PATRIOTS!!!!