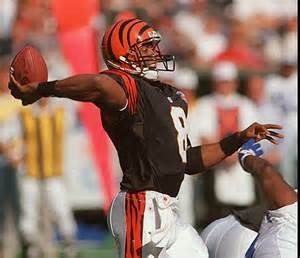 Former Cincinnati Bengals quarterback Jeff Blake says he oversaw the deflation of footballs on the sideline right before games during his career. Speaking on “The Midday 180” out of Nashville, Blake said the practice was common.

“I’m just going to let the cat of the bag, every team does it, every game, it has been since I played,” Blake said. “‘Cause when you take the balls out of the bag, they are rock hard. And you can’t feel the ball as well. It’s too hard. Everybody puts the pin in and lets just enough air out of the ball that you can feel it a little better. But it’s not the point to where it’s flat.

“So I don’t know what the big deal is. It’s not something that’s not been done for 20 years.”

This is sounding more and more like a common practice, but it sounds like it is something that shouldn’t be happening.