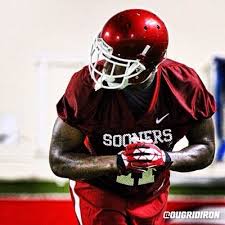 Dorial Green-Beckham is extremely talented but also troubled. He has two drug arrests and was accused of shoving a woman down at least four stairs. The case with the woman fell through, in part of the victim not cooperating. He totaled twelve touchdowns, fifty-nine receptions and eight hundred and eighty-three yards. His freshman year contained five touchdowns, twenty-eight receptions and three hundred ninety-five yards. Green-Beckham was the number one recruit coming out of high school.

For the purpose of this report I will be evaluating his talent only.

Measurements are hard to come by at this stage of the draft process, however he is obviously elite. He has a long 6’6 frame with ideal weight. The only thing that could bump this grade is if he has extremely small hands (8.5 in. or lower).

Dorial Green-Beckham wasn’t asked to run more advanced routes at Mizzou very often, but when he did he did his footwork was sloppy. He was still able to get open but that will not happen in the NFL. This is easily correctable if he is willing to work on his craft.

Green-Beckham has elite abilities at the point of attack. Watch how he grabs the ball over the safety. He will contort his body to grab any ball near him. He looks like a taller Odell Beckham Jr. in that regard. Fade routes and jump balls will be his calling card when he first enters the league. 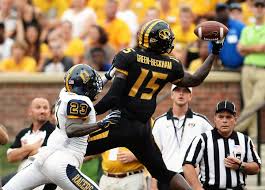 Dorial Green-Beckham occasionally drops easy passes. He displays soft hands on deep balls. This is similar to his routes and will hopefully improve with time.

Dorial Green-Beckham has acceptable elusiveness but it is nothing special. He breaks his fair share of tackles and he will be able to take screen passes at the next level. Most of his YAC will come through a combination of strength and agility and that will be fine for most NFL teams.

Like most number one recruits out of high school Dorial Green-beckham is incredibly athletic. Watch how easily he separates from his defender using burst on this deep ball. Size and length help but this play was mostly speed. In addition to his speed and length, he can out jump pretty much anybody. Green-Beckham also is very strong. Defenders appear to bounce off of him. This allows him to fight off press coverage in addition to racking up YAC (more on that later). Dorial Green-Beckham will possess elite athleticism at the next level, assuming he stays in shape and committed to football.

Dorial Green-Beckham has the chance to be a special talent in the NFL. He can catch passes over the middle passes, deep balls, and screen passes. He is one of a few indiviuals in college who can be a true number one receiver for his team.