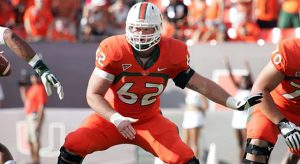 I based the chose of my school off of academics, location, and football history (which everyone knows miami has a ton of history)

Lake Worth, Florida about 1 hour away from Miami

I have many role models such as my parents and my older brother, but I would have to say my top role model is my grandfather who joined the army at the age of 15 by using his older brothers birth certificate. After he was commissioned into the army they had found out he was under age, but did such a could job that asked his mother in a letter if he could remain in army. (We still have that letter today) My grandfather is a role model to me because he accomplished the American Dream! He came from a poor family in Chicago and worked his way up in life to become a very successful business man. He also did it the right and honest way and always told me to do everything 110%.

I have met with numerous teams and they say that they like how tough and aggressive I am. I also really understand the game and the scouts say that my IQ or FBI (Football Intelligence) is very good which will help my draft stock. One thing they were concerned about was my versatility since I only played center at Miami, but playing guard at the East West Shrine Game hopefully showed the scouts that I am able to play the three positions inside.

What separates me from others is my resiliency against the defense and my ability to dissect defenses. Your going to see the same guy for all 4 quarters. There is nothing better than a 95 yard 14 play drive and finding a blitz and where it is coming from on the final play of the drive to score a touchdown.

I look for any tendencies that the defense has, such as, where there LBs are at during their base defense compared to where they are at when they blitz as well as their safeties. I also look at the defense line to see who I am going to play against and will be blocking most of the game. This is the most important part of film because as long as the front four defensive lineman are dominated and pushed back into the Linebackers laps, you have a fighting chance of gaining lots of yards. Looking at the defensive lineman a stance is also very crucial because knowing there stance when they slant compared to just rushing up the field and help with the entire offensive line being effective. This is because you can then use certain techniques that will allow you to defeat a slant or get help from the man next to you to help defeat a slant.

#2 Dominque Easley from Florida, Fastest man off the ball I have ever seen.

I would say Chris Myers from Houston. I have watched a lot of his film and I would compare myself to be like him because he is a resilient player, we are similar in height and weight, and I see myself using a lot of his technique to out leverage a defensive lineman.

I would have to say the biggest obstacle in my life to overcome is the death of my grandfather. Being a Sophomore in High School, I still had this thought of invincibility. No one had passed in my family until my grandfather and we were very close. He would come to every event I had to see me succeed and would say how special o was to him. It was really tough to see him go and I overcame it by going to the field. Football is a place where I can drop everything I have in my head and just play the game I love.

Yes, my pregame ritual is to jog the full 100 yards then go to the middle of the field and stretch by myself and think about the game.

I think my biggest strength is my consistency of play. I am the same guy everyday and the only thing I will do is get better not worse.

My biggest weakness I would have to say is my arm length, which if I do not use the right leverage I sometimes get caught in a position where I have to give a little to get back under the defensive tackle.

I would say that I am the hardest working guy I know and I will do my job everyday and do everything I can to bring a Super Bowl to your organization. I will be the leader of your offensive line and we will accomplish the mission of a Super Bowl.

My favorite player was Ricky Williams and my favorite team was the Miami Dolphins.