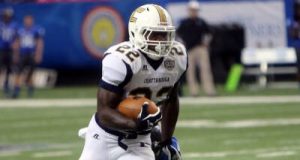 UTC University of Chattanooga at Tennessee

J Cole is like a role model to me: He is a rapper originally from NC moved to NYC chasing a dream and made it. I think I’m more happy about him being from NC, and him representing a place I come from.

Some scouts have met with me, all who have let me know they were interested

I ran track in high school

I played strong safety and a role down linebacker

I cant compare myself to anyone 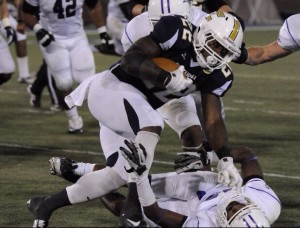 Getting arrested in college and getting kicked off after my true freshman session. I became a regular student I had to keep my grades up and stay in shape on my own. while I was not allowed to be apart of any team activities or use their facilities.

I just listen to music that puts me in a focused mind set
What is your biggest strength?

That I have good size and I can run

I believe I’m a good pick I just have been overlooked due to me coming from a smaller school. Some scouts may feel like the competition doesn’t compare. However, that doesn’t take from the fact that I work hard. I due what it takes for me to be successful, and I have also played against top rank opponents and performed well.

Who was your favorite player growing up?

My grandfather, Mother and Meagan Good