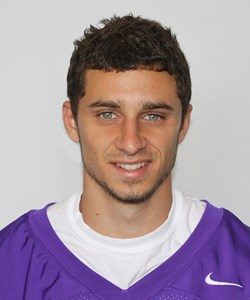 I was receiving letters from over 60 schools but actually on the phone and personally just Arkansas, Baylor, Miami, and UNT.

Being from Brazil I didn’t know much about football, the Razorbacks was the first to offer me and never seeing such facilities and resources I felt like that was the right school.

My role model is Cristiano Ronaldo because he is the true definition of given talent and hard work. As a teenager, while his team would sleep he would be working out, now he’s the best. My favorite Kicker is Dan Bailey, he’s smooth and efficient.

I played soccer growing up

I didn’t play any other positions, and if anyone knows about cedar hill football here in Texas they would know why.

What separates me from others in my position is that, pressure doesn’t get to me, I embrace it. I want the game to come down to a last second field goal.

The biggest obstacles I had to overcome in life were moving to the United States without knowing any English, which I overcame in actually 3 months of school and interaction. And the other was having to transfer out of Arkansas without knowing if I should go across to another FBS school, go down to FCS, or go back to soccer and try getting another professional tryout. I overcame that by the guidance of my high school kicking coach telling me that I couldn’t sit out, the two years of not playing could really affect me. Even though I did have a pro soccer try out football offered me a free college education, and I just love the sport and my position so much I had to stick to it. I’m glad I did, Central Arkansas has a great program.

My pre-game rituals are listening to music, picking out targets behind the uprights, and getting comfortable with the field, which includes the kicking.

My biggest strength is my competitiveness.

My biggest weakness is overdoing it. Over kicking, over lifting, over running. I do it because I want to be the best but I hurt myself, and my team by not being able to play.

I am a competitor, I don’t just kick the ball I try to be the best athlete I can be. I am also a perfectionist, I want to make every kick and if I don’t I want to know why so I can make sure it doesn’t happen again.

I started learning, and following football more while in college so I didn’t have a favorite player growing up, but my favorite team has been the cowboys since I moved to Dallas.

The 3 people I would want to have dinner with would be Cristiano Ronaldo, Bill Gates, and Jerry Jones.