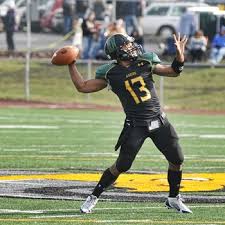 1 D1 offer from Fordham, Temple offered as a preferred walk on,  every D2 school in the state, first year I attended West Chester Univ. and red shirted, then transferred to Delaware Valley College.

I initially chose West Chester Univ. because it was close to home, had a great head coach, & the school was amazing. I transferred to Delaware Valley College because I wanted to play for a competitive program where I could be given an opportunity to play and coach Clements & Coach Greco allowed that.

No single person, just all the people that are told they can’t do something and persevere and accomplish there goal that others thought was out of reach or far-fetch

No scouts have met with me personally, 4 CFL teams have been in contact with me about seeing me in person to make sure I have the arm strength for the bigger field of play. 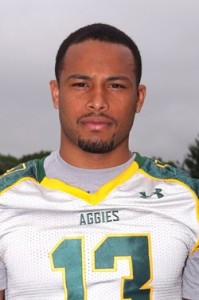 I was an all- state baseball player in addition to my football career.

Been a quarterback my whole life.

Preparation, feel for the position, I believe my arm strength, accuracy, and anticipation are at an NFL level, moving within the pocket to extend a play to give a WR an extra half second to throw him open.

I like to start with the safeties, if they show me single high or 2 high I know what to expect, can look at whether a team likes to pressure on early downs or later downs, from the field or boundary. The most important thing to keep in mind is that a perfect ball can’t be beat.

As a QB usually is not one guy on a defense that gives you fits, it’s all 11 and the scheme, so with that being said I would have to say Widener Univ. pressured well, mix cov, moved after the snap. Tough to prepare for.

The obvious answer would be Russell Wilson but I will not disrespect him by doing that, I’m just a quarterback that prepares well, can make all the throws necessary, fro the pocket and outside the pocket.

Making the transition from West Chester University. To Delaware Valley College, a new system, a new team, new friends, and most of all a new school and very different school.

Trying to keep plays alive sometimes are not the best decision.

All I need is one opportunity to prove to you that I belong and can make your roster, I’ve been told I was too small my whole life and at every level I had success.

Brett Favre & whatever team he played for.