Tyler Thigpen doesn’t even look drunk in his mugshot 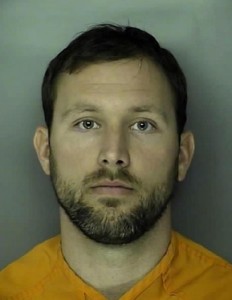 According to a police report obtained by the Myrtle Beach Sun News:

Thigpen was found by officers asleep behind the wheel of his SUV at a Wendy’s drive-thru.

Police arrived after a caller said the SUV hadn’t moved for 20 minutes, and it took officers several minutes to wake Thigpen, who smelled strongly of alcohol and didn’t know where he was or how he got there.

After telling police he hadn’t been drinking, Thigpen refused to take three field sobriety tests and also refused a breathalyzer at the police station.

He was released Sunday afternoon on a $1,000 bond.