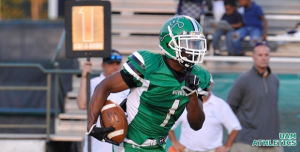 15 schools out of high school

How did you choose your school?.

Speaking with my family

My brother, he is a true definition of a man, takes care of business and loves his family.

Yes, the Buffalo Bills scout asked me the type of scheme I like playing in, and we watched game film. 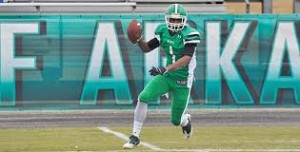 Yes, I played Basketball, Baseball, and of course Football

I always played cornerback and other times at free safety

My athletic ability and judgement of the football in the air.

I always focus on the receiver I will be facing trying to get different tendencies. Also personnel, and formations.

Brent Grimes, because of his athletic ability

I had to overcome having a son while I was 18. I overcame that by persevering and pushing forward, with the help of my family, coaches, and friends.  the situation worked out great.

Tape Wrists before pregame, and take the tape off the wrist before the kickoff.

Speed, Judgement of the football, and ball awareness

I am a great team player, I love working with people, and soaking up a lot of information from everyone.  I’m family oriented, and a very loyal person.

I would say my grandfather John because I never had the chance to meet him, and my family always says how much I remind them of him. Second, the great Dr. Martin Luther King Jr., because of the icon he was. I think that would be pretty awesome to sit and listen to him speak, he has great knowledge. Lastly, Will Smith, because I am a huge fan of the Fresh Prince of Bel-Air.